The advantage of learning the fundamentals of astrology with Vedicology is that the best astrologers and academicians are teaching you.

Vedicology Program on “Basics of Jyotish or Astrology” is a six-month program for 15 hours weekly. The programs are scheduled as full-day programs on Weekends ( Saturdays and Sundays), and the total course duration is 6 months.

The advantage of learning the fundamentals of astrology with Vedicology is that the best astrologers and academicians are teaching you. You get to learn from Sri Praveen Saanker, one of the best in the contemporary era – someone who combines the science of astrology with our ancient psychological attributes. Mr Praveen Saanker is a guest lecturer who spends time with the students ( at least 10-12 hours in total) and explains the practical side of Astrology – Interpretations and tips for developing intuition, which is very important for an astrologer. Sri Praveen Saanker is one of the most sought-after astrologers today, and he travels across 6 countries offering his consultation to clients. Fundamental Program on Vedic Astrology. Learn Vedic Astrology from the best astrologers and academicians in India.

The Profile of Course Facilitators for the Vedic Astrology Fundamental Program

Sri Eswaran Namboothiri completed his Vedic Education at Thirunavay Brahmasvam, one of India’s most ancient Vedic Schools. Mr Namboothiri has been a research scholar on Indian Religious Philosophies and a Professor at Banaras Hindu University, from where he retired.

Dr Abhishek Mohan is an expert on Vedic Studies & Research, Astrology, Numerology and Vastu Shastra. Sri Abhishek was born in Thrissur, Kerala and relocated to the North of India during childhood.

Along with his impressive academic qualifications (MA, MPhil, PhD, Banaras Hindu University), Abhishek Mohan is a great academician. Dr Abhishek is an honorary member of the boards of many Vedic educational institutions in India.

Dr Suparna Anand is a veteran and an expert in Vedic Scriptures, Jyotish and Medical Astrology.

An MPhil, PhD, Psychology from St Xavier’s College, Ahmedabad, Suparna, has more than 25 years of Professional Practice as a Psychologist and Counsellor. Dr Suparna’s Medical Astrology applications in Psychology have gained her immense reputation in the field of Medical Astrology.

Besides being an accomplished Psychotherapist, Dr Suparna is also a Clinical Hypnotherapist and Past Life Regression Therapist from the National Guild of Hypnotists, Inc (Merrimack, NH, USA).

Dr Suparna hails from a family of Brahmavadinis. Brahmavadini was a woman who studied the Vedas after the Yajnopavitam samskara (sacred thread ceremony) and got married later or stayed a bachelor in further pursuit of the Vedic knowledge. Dr Suparna contributes to Vedicology initiatives as a Senior Consultant and Advisor.

Vedic Astrology is known as Jyotish and relies more on the Sidereal ( based on the Stars ) places of the Planets, as one sees them in the Sky against the positions assigned to a few fixed stars.

This Historical system of Indian Vedic Astrology is scientific and employs many Sophisticated Mathematical Calculations to arrive at an astute accuracy rate for Astrology Predictions.

Vedic Astrology is an ancient Indian science which focused on the accurate understanding of planetary motions, stars and their influence on an individual’s life. It is the connection of the Zodiac, time, star, and planets, and it is numerous combinations.

According to Vedic Astrology, you will find Twelve Zodiac Signs, Nine Planets and Twelve Houses. Based on when a person is Born, the twelve Signs are dispersed among the Twelve Houses, and Nine Planets are put in a Variety of Houses of birth charts.

An astral chart is drawn to make the correct diagnosis and interpretation possible.

The configurations of the Planets and Stars at the present of birth, along with the various sorts of Karmas, will call and indicate the life of the person, his/her strengths, flaws, attributes and qualities. There’s no magic or extra-human powers to do it. It’s a logical-mathematical calculation. Everyone can be educated for that.

Vedicology Astrology Training Programs are conducted by reputed astrologers at the Vedicology Centre in Chennai.

In case you are interested in attending this program, please fill out the contact form given below, and one of our team members will get in touch with you. 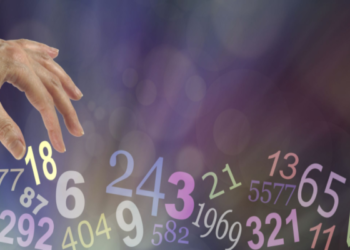 Welcome to our scheduled Free Awareness Program on Numerology by Sri Praveen Saanker. But first, let's take a glance at... 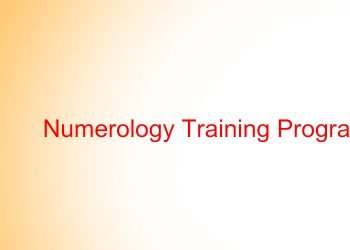 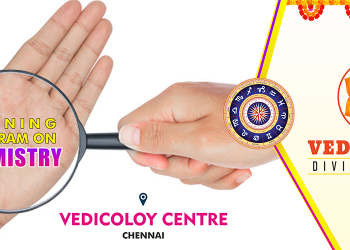