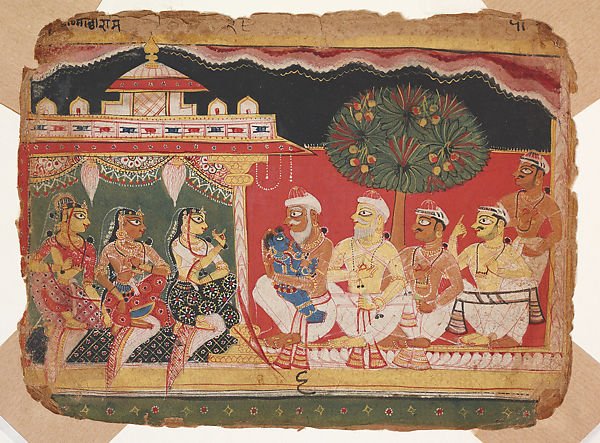 What is Bhagavata Purana?

Seeing Sage Vyasa in dissatisfaction after Mahabharata’s composition, the Sage Narada suggested that he write scripture on devotion. Thus, in this way, people would be able to attain moksha by reading the texts. The Bhagavatam portrays the sagas of Lord Vishnu’s various avatars in 18000 verses in 335 chapters and 12 subdivisions. Referred to as Cantos, Bhagavata Purana further focus on the life of Lord Krishna.

What is Srimad Bhagavata Purana?

The incarnation of God is the central theme of scripture. In other words, rebirth takes place in a human form. But during the course of life and death, they perform acts that are possible by God alone. Srimad Bhagavatam remains unique in its stories, expressions, and teachings. The teachings are on devotion, knowledge, and action are all dedicated to the Divine.

The Bhagavata Purana has widely affected the architecture, art, music, and dance of the country. Some believers even regard Bhagavata to be the fifth Veda. The Bhagavatam also gives a symbolic explanation of the good and the bad that exists in our minds. There is always a constant war between the war and the blessings of the divine forces. But with the help of God, we would soon succeed.

Manuscripts survive in numerous inconsistent versions revised through the 18th century creating various recensions both in the same language and across different Indian languages. The date of composition of the Bhagavata Purana can be traced back to probably between the eighth and the tenth century CE, but may be as early as the 6th century CE.

How to Worship God in a temple or at home?