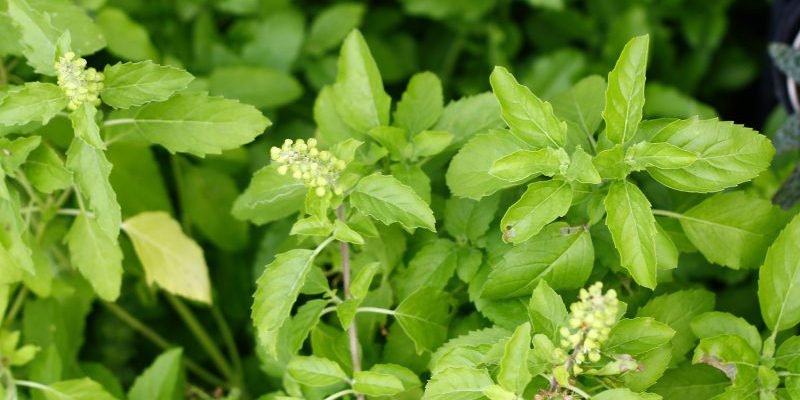 The significance of Tulsi plant in India has never dwindled, even in its 5,000-year history. The reason the tulsi plant holds such great importance in a traditional Hindu home is due to several reasons. In the following article, you will know about the various tulsi plant significance including cultural, religious and medicinal.

The religious significance of Tulsi plant is far-reaching. The ladies of an orthodox Hindu household worship it diligently. The tulsi plant is grown in the center of the house, on an altar-like structure called tulsi chaura. Indians consider it as one of the most sacred plants. One nurtures the Tulsi plant with immense care and reverence.

Tulsi leaves are an essential ingredient of the panchamrita in a puja ceremony. In fact, it is known as the only holy object that is a part of the worship. One can also clean and reuse it for another puja because the Tulsi plant purifies itself.

Leaves of Tulsi Plant Used as an Offering to God

Tulsi plant significance does not end there as the tulsi plant leaves are used to make a garland. It is the first offering to the Lord during the daily alankaran ritual. People believe that all offerings to Lord Vishnu are incomplete without the tulsi leaf. This is because the vibrations of a tulsi mala (garland) are said to remain in harmony with Lord Vishnu’s vibrations.

In Vaishnava philosophy, the tulsi leaves please Lord Vishnu the most. Rosaries, tulsi malas are made from the dried stems of the plant. No wonder the, Vaishnavites always use tulsi mala, particularly while reciting Vishnu mantras. It helps them to stay in harmony with Lord Vishnu’s soul and vibrations.

Krishna’s Regard for Tulsi – Mythological Significance of Tulsi Plant

According to folklore, once upon a time, Lord Krishna (one of the avatars of Vishnu) held a tulabharam. Tulabharam is a religious practice of weighing a person against coins, grain, vegetables, gold, etc. So this is where one sits on one of the pans of the balance scale. On the other pan of the balance, one places all the gold ornaments of his queen, Satyabhama.

Even then the weight of these ornaments could not outweigh Krishna! Yes, that’s true! However, a single tulsi leaf which was beside his second queen, Rukmini, tilted the balance. The anecdote goes to show that even Lord Krishna regards tulsi as superior to himself. Therefore, such was the respect and superiority of the tulsi plant, which Krishna gave.

Believe it or not, Tulsi plant is indeed the queen of all Indian herbs. None of the Puranas describe the tulsi as feminine. But Tulsi symbolizes Goddess Lakshmi, the ultimate consort of Lord Vishnu. Those who wish to remain righteous and lead a happy family life, worship the tulsi. There’s definitely no compromise here.

Also, from a simple cold to the cooking purpose, tulsi plant significance in the medical aspect is far-reaching. There are several benefits of the Tulsi plant. Along with other Hindu gods and goddesses, tulsi is also a part of the worshipping, in the Tulsi Manas Mandir at Varanasi. Hence, though it may not remain as a part of the Puranas, people treat and have faith in tulsi extensively.

Hindus perform a special tulsi puja annually on the ekadashi of shukla paksha. Or people even perform it on the eleventh bright day of the month of kartika. On either of these two days, the tulsi is ceremonially married to Lord Vishnu. One decorates the tulsi plant, grown in an earthen pot, like a bride.

On the other hand, one decorates Vishnu, in the form of a shaligrama. Shaligrama is nothing but a black fossil found on the bed of the river Gandaki, in Nepal. This is kept in the tulsi pot to symbolize the marriage. This whole procedure or process ritual is called a tulsi vivaha. The same day when one performs this ritual, it’s a sign of the marriage season. Especially in North India, it symbolises the beginning of the marriage season.

According to one legend, Tulsi was the loyal and pious wife of Shankhachuda. Shankhachuda is a celestial demon who often threatens the gods. People believe that the source of Shankhachuda’s strength was his chaste and loyal wife. To weaken the demon’s strength, Lord Vishnu plays a trick which makes her sin. When she understood the trick, it was too late. But she cursed Lord Vishnu to turn into a black stone, I.e, shaligrama.

Seeing her devotion and adherence to righteousness, Vishnu blesses her. Then she said that she would continue to live on earth as a blessing. Thereafter, the tradition of tulsi vivaha began. Vishnu also said that all offerings to him are entirely incomplete without the tulsi leaf. Interestingly, tulsi leaves are never given to Lord Ganesha.

Modern scientific research offers impressive evidence that tulsi reduces stress which is another tulsi plant significance. It also enhances stamina and relieves inflammation to a great extent. Not only this, but it also lowers cholesterol and eliminates toxins. Protection against radiation and prevention of gastric ulcers is a cakewalk for tulsi. It lowers fevers, improves digestion, and provides a rich supply of antioxidants and other nutrients.

A Sanskrit shloka describes the tulsi as “the incomparable one” in its qualities. Apart from the religious significance of Tulsi plant, it has tremendous medicinal value too.

All in all, it is a rich antioxidant and is also known for its restorative qualities. Moreover, this unique plant is especially effective in supporting the heart, blood vessels, liver and lungs. This also regulates blood pressure and blood sugar.

One can even extract the essential oil from karpoora tulsi. Well, karpoora tulsi is just another variety of tulsi. This is mostly helpful for various medicinal purposes. However, recently it is useful even in the manufacture of herbal toiletries. Recently, organic tulsi has also dwelling in the pipeline for the first time as a stress reliever and an energizer. But further research and backing are necessary for these two pointers.

The tulsi is said to be a great mosquito repellent as well. In a letter to The Times, London, of the date 2 May 1903, Dr George Birdwood, Professor of Anatomy, Grant Medical College, Bombay. It said:

‘When the Victoria Gardens came into existence in Bombay, the mosquitoes were pestering the staff employees. Because of the recommendation of the Hindu managers, the whole boundary of the gardens was spread with holy basil. This is where the plague of mosquitoes was at once minimized. And fever altogether disappears from among the resident gardeners.’

Well, another property of the tulsi leaves is that they can absorb ultraviolet radiation. Yes, you heard that right! Isn’t it amazing? This is why tulsi leaves are kept on food items during an eclipse. They can protect them from any kind of radiation.

Other Significance of Tulsi Plant

There are two varieties of tulsi:- the Krishna tulsi, the Ocimum sanctum, the Rama, Vana tulsi or the Ocimum gratissimum.

Another significance of Tulsi plant among Hindus is that people take tulsi leaves and dip them in water. Then try offer these wet leaves to the dying. The logic behind this is that they raise the departing soul to heaven. In Malaysia, it is completely different. People plant tulsi and worship it in the graveyards. Similar beliefs are prevalent in Israel as well. 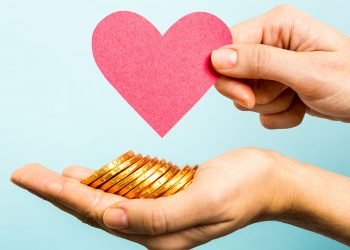