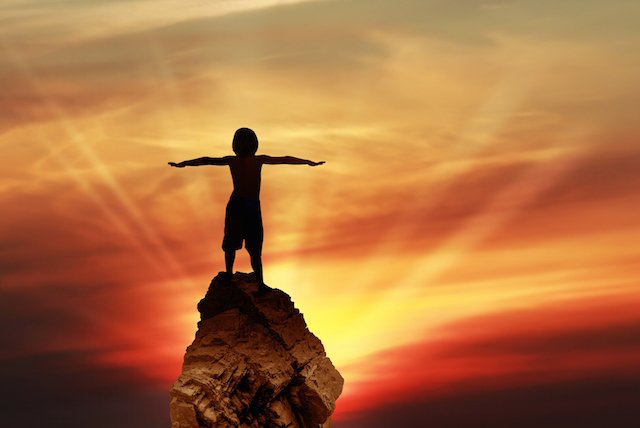 Are you thinking about how one can learn the knowledge of the Self if we are not the object in the first place?

by Vedicology India
in Indian Spirituality
Reading Time: 4min read
0
Are you thinking about how one can learn the knowledge of the Self if we are not the object in the first place? The thing is that our Gurus while referring to the scriptures, adopts a strange style of teaching. He uses a two-fold process of two principles. Firstly, it is anvayavyatireka, which is the principle of variable-invariable or inclusion-exclusion. Secondly, he uses the principle of adhyaropa apavada, which is the principle of planned superimposition-negation. The Guru uses these two principles to indicate the true nature to the disciple. He wants the disciple to understand the truth behind the statement of the Upanishad, Tat tvam asi, ‘That thou art.’

Anvaya or the Variable Factor

Vyatireka, the invariable factor – Knowledge of Self

The vyatireka helps us understand Tat’s true nature, which is ‘That.’ The constant factor that is the very core of our being is pure Consciousness. Moreover, the pure Consciousness is aware of all variable factors and yet, is not unaffected by them. When we look at it from the point of creation, we realize something magical. The variable factors of birth, sustenance, and death occur in the presence of one invariable source behind the cycle of creation.
Adhyaropa or deliberate superimposition: initially, the Guru and the scriptures give a illusory reality to the ignorant notion we harbor. They don’t negate the ideas we hold, such as the notion of ‘I’ and the relative world.
Apavada or the ensuing negation: To have knowledge of the Self, we must admit that our ignorance is the problem. Thus, we must do away with naïve ideas of the ‘I’ notion and the world.
For example, as children, our elders teach us that the sky is blue, which is adhyaropa. Later on, we learn that the sky does not have any color (apavada). Similarly, we initially study in-depth about jiva-Jagat-Isvara, the law of karma, and so on. But Later, we learn that we must do our way with the differentiation and the separateness because Brahman (Oneness) alone is.
Tags: Knowledge of SelfKnowledge of the Self
Previous Post

Washing the Feet Before Entering a Temple: Why?

Guru and Disciple: Who is a Guru and What is the Meaning of Guru?

Meaning of Namaste: What is the Significance of Namaste?