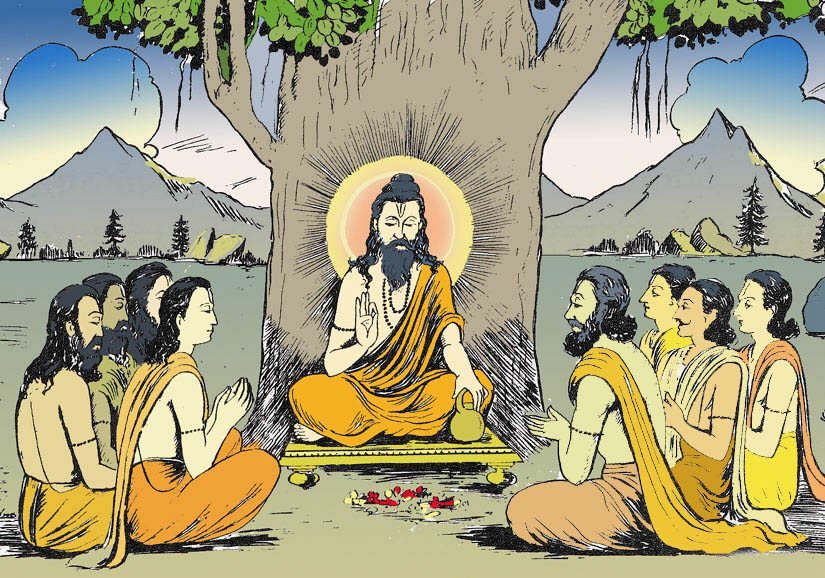 Dharma Meaning in the Upanishads

What is the Meaning of Dharma in Upanishads

by Vedicology India
in Customs, Rites And Rituals, Indian Spirituality
Reading Time: 2min read
0
From time to time, rishis used the word dharma in the Upanisads. Rishis have talked about dharma meaning extensively. Do you want to know more about what is the meaning of dharma in Upanishads? Well, in this except, we will look at what different Upanishads have to say about dharma and its significance.
Especially in the feeling of Apurva of the Purva Mimamsa System. (Vide Brhadaranyaka Upanisad 2.5.11-‘ayam dharmah sarvesam bhutanam madhu’). This Apurva is nothing but the subtle impact of an action. The action performed according to the instructions of the scriptures. These actions create suitable results afterwards.
In rare instances, they used the term to denote the ātman or the Self: ‘anuresa dharmah,’ This Self is very subtle’ (Katha Upanisad 1.21); ‘evam dharman prthak paysan,” thus, contemplating the selves to become independent’ (i.e.,’ distinct in distinct bodies’) (ibid 4.14)
In the Acharyopadesa of the Taittiriya Upanisad, the term dharma has been definitely used in the sense of obligatory works: ‘dharmam chara,’ Perform your ordained actions’ (1,11.1)
Tags: Dharma MeaningMeaning of Dharma
Previous Post

What are the Four Mahavakyas?