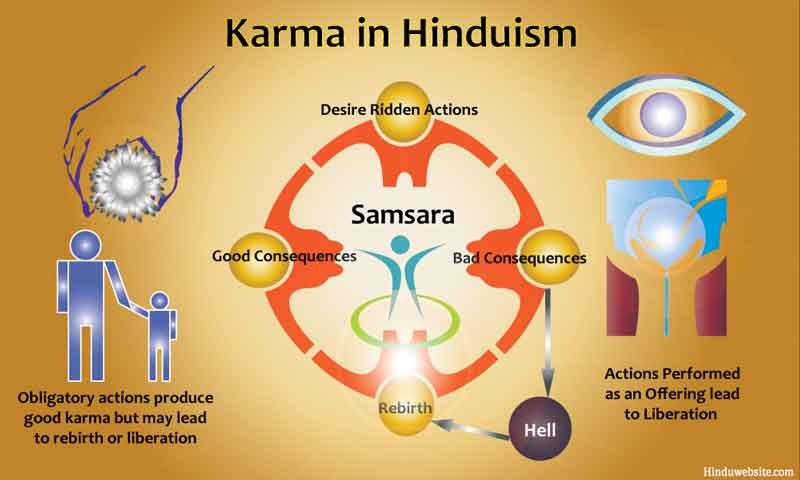 What are the main doctrines of Hinduism?

The doctrines of Hinduism are far-reaching, so much so that we cannot trace it to a single origin. It is not a formal or organized religion. And it does not have a systematic approach to teaching its value and ethics code. Nor does the faith have a simple set of rules for its believers to follow.

Have you ever wondered what the most fundamental principles or doctrines of Hinduism are? Though Hinduism is weaved together with the end number of philosophies, Hinduism’s core beliefs are linked with each other by shared concepts such as Truth, dharma, Karma, etc. Let’s take a brief look at the main doctrines of Hinduism in India.

The Vedas – An Essential Source of Tracing the Doctrines of Hinduism

The Vedas, the oldest scriptures of Hinduism, is one of the earliest known sources to trace the history of Hinduism. Vedas are also an essential foundation for Hindu beliefs and values. Hinduism regards the Vedas as the divine source of knowledge that reveals the eternal path of Truth.

Main Doctrines of Hinduism – The Self is One

Among the main doctrines of Hinduism comes the theory of “The Self.” The Self is regarded as One who is independent of body, mind, and intellect. It believes the individual is beyond the physical body, subtle mind, and intelligence.

It regards humans as something beyond them. He is the Atman or the Self, the real Being behind the apparent individual. Atman refers to the spiritual self that never changes. It is different from both the mind and body and beyond all temporary labels such as race, gender, nationality, and species.

The Doctrine of Karma in Hinduism

Karma is the ethical and philosophical backbone of Hinduism’s history. It is among the most important doctrines of Hinduism. The law of Karma (the law of causality) states that we are the creators of our own destiny. Our present is the cause of our past conduct. Our future state is dependent on our actions, decisions, and thoughts of our past. The process also includes our current beliefs and actions. Karma is essential in the path for the attainment of Moksha.

The ‘Karmaphal’ depends on an individual’s actions, circumstances that led to the individual’s decision or action, and the particular Karma results or reaction.

The Doctrine of Reincarnation

The essential Self is, by nature, divine, pure, perfect, infinite, and free. In the doctrines of Hinduism, we believe that the Self was never created and, therefore, will never die. However, the individual being (jivatman) that one presently thinks oneself to be, due to ignorance, passes from body to body (reincarnates in different forms) in its onward journey to the realization of its perfection.

The jivatman, which includes all living beings, has both embodied Self and elemental Self. Due to the ego-sense arising from each one’s desires, attachments, and the notion of diversity and separation, it remains ignorant of its true identity. Thus, the jivatman remains bound to the world due to desires and passions. They keep reincarnating until they achieve liberation or Moksha

God as the creator, sustainer, and destroyer

God manifests Himself as the creative and preserving power of the whole universe, and unto Him, the universe returns. The entire phenomenal world rises, exists, dissolves, and again rises in Him. In the doctrines of Hinduism, gods represent different expressions of the One who undertakes three creation, preservation, and dissolution functions.

The creator is called Brahma. He is not worshipped like the others because, according to the religion, he completed his work through creation. The preserver is known as Vishnu, and when He takes the form of the destroyer, he is called Siva.

Ancient Temples: Why are Ancient Hindu Temples Not Damaged By Earthquakes?

Curd And Sugar Before Starting From House - Significance