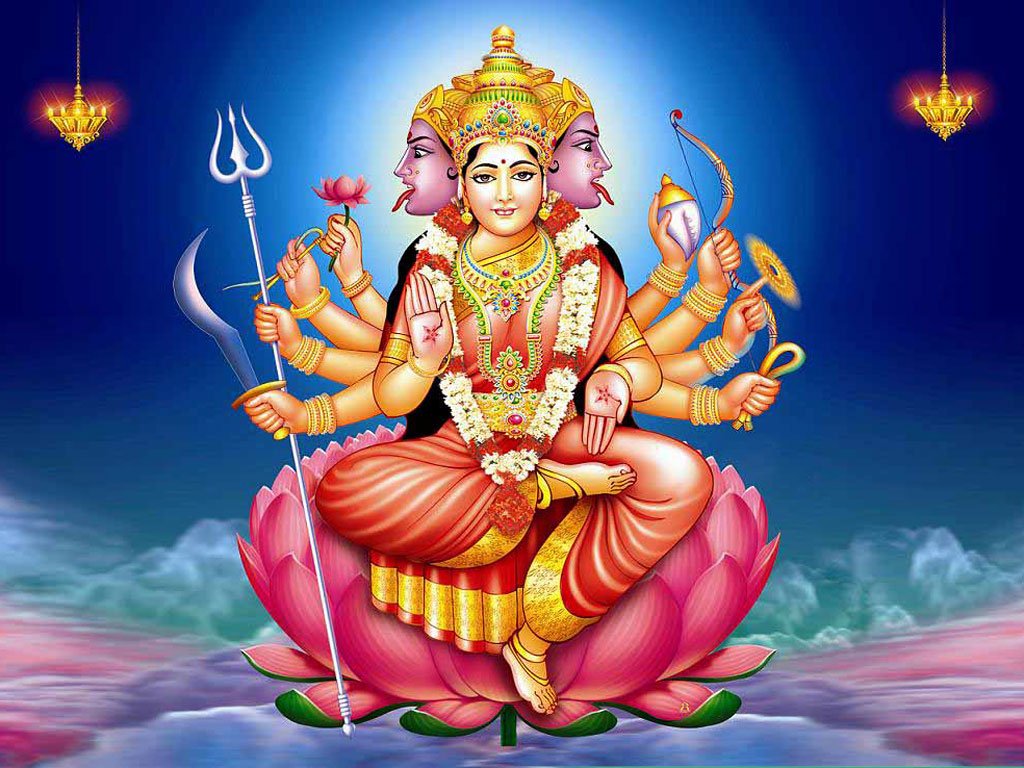 Meaning and Benefits of Gayatri Mantra

What Does The Gayatri Mantra Mean?

Well, the Gayatri Mantra is an invocation as well as a prayer that one addresses to the Supreme Creator of this universe and the three worlds. And the three worlds are the terrestrial, the celestial, and the one connecting these two.

The literal meaning of the mantra is:

We meditate on the glory of that Ishwara (the Supreme Lord of the universe). The Ishwara is the one who is behind the creation of the universe and the entire cosmos. The Ishwara has a great accomplishment and also has great respect in his pocket. The one who is the embodiment of true knowledge and light and the dispeller of all sorts of sins rightly does with the personality of the Ishwara. He is also the one who can destroy and dissolve our ignorance. Prayers are made so that he also enlightens our intellect.

The Magic Of Recitation Aloud

When one recites this mantra is correct, it produces a large number of Tarangas or alpha waves. It produces 1,10,000 alfa sound waves per second to say in exact terms. In our mind, this resonates in the region of the topmost cosmic energy centre. In the world of yoga, people refer it to as the Sahasrara chakra or the crown chakra, in yogic parlance.

The Surprise Of Mental Recitation

Moreover, one cal also recites the mantra mentally. This means that one does not utter any words aloud and when this happens, its frequency goes for the peak. Isn’t that amazing? Well, the frequency enhances manifold and its potency increases tremendously. All of these greatly affects its chanter when one recites the Gayatri Mantra mentally.

People believe that a person who chants the Gayatri Mantra 3,000 times each day gets freedom from his sins. This only happens when he or does it at a particular place, sitting on the same seat at the same time and with the same mala or rosary. Not only this, but he or she should also have a focused mind, for forty days. Yes, you heard that right!

A Blessing Indeed For The Chanter As Well As The Listener

One can surely ascertain the greatness of the mantra through one fact. You will surely remain in surprise to know that not only the chanter but also its listener is divinely blessed.

So, a man can repeat or chant the Gayatri Mantra mentally in any or all states. That means one can do so while sitting, walking or even lying down. And there is no commission or rules of any sort in doing so. Traditionally, however, one must recite the mantra thrice; at sunrise at solar noon and at dusk for the most optimum results.

Scientific Backing And Evidence For The Gayatri Mantra

We are not even kidding when we say that the efficacy of this mantra has been scientifically proven and proclaimed. Dr Howard Steingeril, an American scientist, is the man responsible behind this. He is the one who collected mantras, hymns and invocations from all religions of the world.

Later, he tested their potency in his physiology laboratory. Furthermore, he came to the conclusion that the Gayatri Mantra is the most rewarding, and is scientifically efficacious. This is definitely the most powerful prayer hymn in the world.

The combination of sound and the variation in the sound waves in their particular frequency is capable of developing specific spiritual potentialities.

Hamburg University was the one to initiate the research into the efficacy of the Gayatri Mantra. They did so in both on the mental and physical planes. The Gayatri Mantra is now broadcasting daily for fifteen minutes from 7 p.m. onwards, over Radio Paramaribo, Surinam, South

America, for the past several years. In Amsterdam too one acknowledges the Gayatri Mantra as the most potent divine prayer hymn in the world.

No Author For Gayatri Mantra

Well, you would remain in utter surprise to know that the Gayatri Mantra has no author in the conventional sense. However, since it was revealed to Brahmarshi Vishwamitra, he is the mantra Drashtar. Mantra Drashtar is the one who first conceives or divinely receives a mantra.

Gayatri is the name of the meter in which one composes the mantra. It has three padas or lines of eight syllables each, totalling to twenty-four syllables. However, according to the text that one prescribes in the Rig Veda Samhita (3:62:10), the Gayatri Mantra has one syllable short. Meaning the first pada has seven syllables instead of eight. And there is an amended pronunciation of the word ‘Varenyam’ as ‘Vareniyam’ that compensates this shortage.

There is yet another distinctive tenet about the Gayatri Mantra that we bet you wouldn’t know until today. There are five pauses that one has to strictly observe while reciting it to receive the best from the mantra. Yes, you heard that right!

The Association Of Gods And Goddesses

Among the trinity, Vishnu considers himself to stay as the most intelligent one. Whenever the gods happen to land themselves in trouble, they always run to Lord Vishnu to seek his advice. The Gayatri Mantra does the exact same to a man. It bestows the right wisdom for the seeker to sail through troubled waters.

The Image During The Puranic Age

During the Puranic age, the Gayatri Mantra was typically seen or portrayed as a goddess. The goddess seated on a red lotus flower, having a thousand petals on her five heads of Mukta, Vidruma, Hema, Neda and Dhevala. Goddesses with their ten eyes were looking into the eight directions, as also the earth and the sky.

She holds in her ten arms which has all the weapons of Shiva, Vishnu and Brahma. One considers the Goddess Gayatri as an embodiment of goddesses Saraswati, Lakshmi and Parvati.

The Lifetime Benefits Of Repeating The Gayatri Mantra

The benefits of regularly repeating the Gayatri Mantra are manifold and vast. Believe it or not, there is nothing more purifying for one’s soul, either on this earth or in the heavens than the Gayatri Mantra japa or repetition. It brings to one the same benefits as the recitation of all the Vedas put together. The Vedas including their angas—the limbs of the Vedas as auxiliary disciples that one associates with the study and understanding the Vedas. In total there are six in number: Shiksha, Vyakarana, Nirukta, Chhanda, Kalpa and Jyoti.

Please note that this isn’t an exhaustive list of the benefits of the Gayatri Mantra. This is a glimpse into it.

The Mother Of All Vedas

The Gayatri Mantra is indeed the mother of all the Vedas. Lord Krishna in the Gita asserts that:

‘Amongst the mantras, I am Gayatri.’