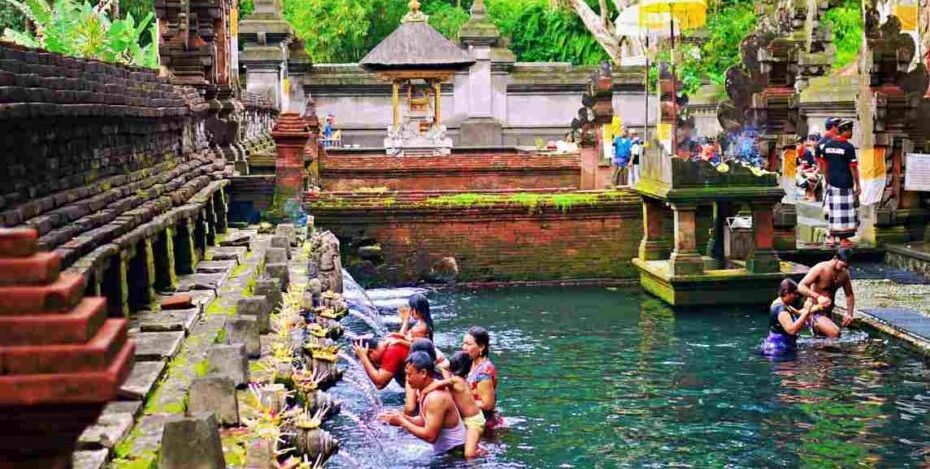 Well, a lot of ancient Hindu rites and rituals may seem meaningless, but with a deeper understanding of the subject, you will know that all of them happen only with scientific backing and some meaning attached to it.

Well, a lot of ancient Hindu rites and rituals may seem meaningless, but with a deeper understanding of the subject, you will know that all of them happen only with scientific backing and some meaning attached to it. Similar is the question, ‘Why do Hindus bathe before the darshan of a deity amid the Hindu rituals?’

Whenever we reach a dham or a celebrated shrine after travelling a long distance, we inadvertently gather negative energy en route. Yes, that’s true! This inevitable situation indeed disturbs our aura and the whole vibe. Hence, going directly to the temple in that unclean state is a complete no-no! Doing this, one may not receive full blessings of the deity due to our disturbance with regards to the aura.

Therefore, this is the reason why the Hindus advise people to take a bath before taking a glimpse or darshan of the deity. Now does this make sense?

Enroute To The South

In the Southern part of India, most of the temples have ponds outside the shrine. This is where the devotees can bathe before offering their respects to the deity. In fact, did you know that some devotees even visit the temple with their wet clothes?

This comes with the belief that wet clothes attract energy instantly or they are great conductors of energy. Thus, devotees don silk dhotis or saris as silk helps in generating positive energy. So, now you know Why Do Hindus Bathe Before Darshan Of A Deity.

Similarity In The Islamic World

In the world of Islam, similar religious beliefs are prevalent as well. For example, there is a practice of wazoo or washing one’s hands and feet before entering the mosque’s main area. Yes, you heard that right!

For this purpose, a tank is always kept there are taps as well for the devotees to clean themselves. Hence, we can find the trace of this practice even in the Islamic religion. The reason that they explain might differ but the practice is the same.

Even in the religion of Zoroastrianism, you would remain surprised to know that a similar practice exists. In the olden days, people were not allowed to enter Hindu kitchens with footwear. The reason for this was that these are the ultimate carriers of negativity.

Likewise, people were advised to wash their feet every time they would return home from outside. And in those days, obviously, people mostly were on barefoot. The same principle of negativity is behind the practice of taking a bath after returning home from the cremation ground or even on attending someone’s last rites.

Thus this principle of negativity is the root cause of all these practises. Hence, whether they are in the Islamic religion or a part of Zoroastrianism.

Tags: Why Do Hindus Bathe Before Darshan Of A Deity?
Previous Post

Car Parking Vastu – Why You Need It in Your Daily Life?